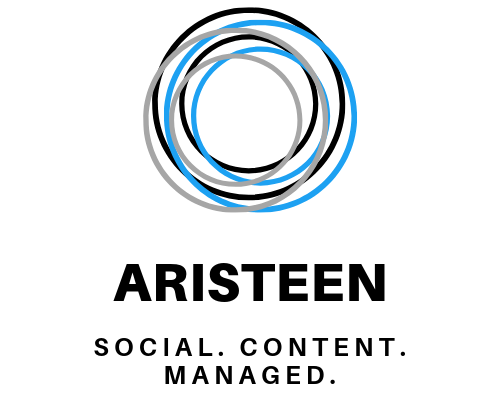 Punctuation generally doesn’t elicit much passion or debate. Then there’s the Oxford comma. Perhaps the most hotly contested punctuation mark of all time, there is no definitive rule regarding its use.

For the uninitiated, the Oxford comma is the comma inserted before the final conjunction (and/or/nor) in a list or series of items.

Here’s a common example: the good, the bad, and the ugly. The red comma before the conjunction and is the Oxford comma.

Without the Oxford comma, the series looks like this: the good, the bad and the ugly.

Detractors say the Oxford comma is superfluous, elitist and a sign of bad writing. Supporters say it adds clarity and consistency.

Social media platforms erupted in 2011 when it was erroneously reported the University of Oxford style guide was dropping the Oxford comma. One punctuation enthusiast tweeted: “Are you people insane? The Oxford comma is what separates us from the animals.”

The Twittersphere has similarly erupted over a more recent Oxford comma incident.

This omission sparked fury in the UK.

British novelist Philip Pullman tweeted: “The ‘Brexit’ 50p coin is missing an Oxford comma, and should be boycotted by all literate people.”

An Oxford comma detractor tweeted in response: “I love Philip Pullman but couldn’t disagree more. I loathe the Oxford comma. A comma with a conjunction is grammatically abhorrent.”

There’s no doubt this debate will continue amongst English-speaking writers, grammar enthusiasts and editorial style experts the world over.

The Oxford comma leads to heated grammar disputes because the rules regarding its usage are not clear.

The Associated Press does not require the Oxford comma but it also doesn’t prohibit its usage. Same with digital writing software Grammarly.  Most newspapers and other media outlets use AP style, as do many corporate communication departments, corporate websites and professional bloggers.

As if this wasn’t confusing enough, some writing style guides require the Oxford comma, such as “The Chicago Manual of Style,” used primarily for longer printed works, such as books.

Because of its start with the news wire and newspapers, AP style focuses on brevity and simpler punctuation, whereas Chicago does not.

When it comes to the Oxford comma, it’s about personal preference and clarity more than proper grammar or following specific rules. This is partly why Reader’s Digest put the Oxford comma on its list of most confusing grammar rules in the English language.

Note grammarians can’t even agree on terminology. What is commonly known as the Oxford comma is also known as the serial comma or Harvard comma.

Many professional writers agree most sentences that require an Oxford comma for clarity could be remedied via better sentence construction. Aristeen agrees with this logic. We think writing must be concise, especially when it comes to social media and website content.

A recent column in The Federalist put it more bluntly with the headline: Why Using The Oxford Comma Is A Sign Of Bad Writing.

Our guidance regarding the Oxford comma is similar to the advice we offered in our Omit needless words blog post. Keep it short. If you don’t need a comma, don’t use one. It’s that simple.

What comma camp are you in? Let us know!

Thanks for raising awareness on Oxford Comma! I haven’t heard of this before so this is something really new to me. I’m glad to have learned a new lesson. Thank you

Woah I didnt know this was such a debate or that this was updated in 2011. Wow I guess I need to be more mindful of it now.

I didn’t know much about Oxford comma before, thanks for bringing it to light and sharing information about it!

There is a lot of discussion about Oxford comma! I’m very particular with it actually. Not sure why people don’t observe it.

WOW! I have never heard of Oxford comma before. I feel ridiculous not knowing about this until now.

I learned how to use it in school. I use it all the time, but it really doesn’t make a big difference to me.

My friend and I always get into discussion about that comma! I believe you don’t need it, she believes you do.

thanks for that great explanation, it’s very useful information and honestly I have never heard about Oxford comma before.

What??? There is even an Oxford comma? How the hell haven’t I known about this, till this point in my life? Mr. Nkoola would be so disappointed, I am sure.

I may have been using the Oxford comma but was not aware of it until I read your article. I rely on Grammarly to check my content before I publish. Now that I am aware of this, I will pay more attention to it.

I didn’t use to use an Oxford comma but have picked up the habit since I started blogging. I have always wondered what the right way was. Glad to know its correct either way.

I overuse the comma and the exclamation points. Just because I like to. Ha! Glad to read this though.

Grammarly app helps me with this Oxford comma. I am now aware of this since I used the app.

I had no idea this comma had a name, the oxford comma! This is amazing knowledge, looooove it! Thank you so much, great read.

HA HA HA HA I love this. The oxford comma is what separates us. In all honestly, you are RIGHT! It all comes down to personal preference. Some say stick with Chicago or APA. I am learning a lot with my writing and formal right skills. I just love your article.

hahaha it is funny how people argue about the silliest of things, and have very strong opinions about it. I still like and use the Oxford comma, but don’t care if people don’t use it. I like the clarity it brings, there is no guesswork that that item is separate from the one after the and.

Never heard about this Oxford comma before. Is good that you making people aware about this situation.

The struggle is real! Thanks for reading our blog.

Personally, I really like using the Oxford comma in some cases. For example when I’m listing phrases (not single words) or when I want to make a pause for effect. I’ll only use it if it makes the reading significantly easier.

Amazing information. Thanks for raising such awareness about Oxford Comma!
I’ve never heard of this before, so it’s something really new to me. I’m very happy that I learned all of that from you.

I just read about Oxford comma and I have to say that I love it and starting to use it. But I know so many people that can’t stand it 😉

This is such a helpful post specially for people who write a lot. Thankfully we have MS Word and Grammarly to help out too.

Years ago I took a business English class and they taught us to use the Oxford comma in a series. Of course it wasn’t called the Oxford comma. It was just how to punctuate a series. It’s too late for me to change now–save yourselves 🙂

Oh, yes, i am a victim of Oxford comma. Anyway, whatever it is, whatever it was, whatever… oh, is my Oxford comma right?
The truth is I was not aware of that until you said so here in your article. I just go what MS word underlines and what Grammarly dictates. Now, I know! Thank you, my dear, for the added learning, knowledge, and guidance. Now, I can’t stop. Thanks!

You’re welcome?! The English language is confusing, no doubt. It would be easier if the rules were more clear and consistent.

Thanks for raising awareness on Oxford Comma! i haven’t heard this before so this is something really new to me. I’m glad to have learned all of these from you

How To Leverage LinkedIn